I have often found very conflicting information when it comes to WWI German footwear. Questions about heel irons, hobnails and toe plates are the ones that interested me the most. I decided to survey Images of German Soldiers where the soles of the footwear was available. I wanted to establish how many rows of hobnails were common, if the presence of toe plates was common and the format of the heel irons. To do that I examined nearly 500 images of German soldiers soles. There were several things that surprised me. 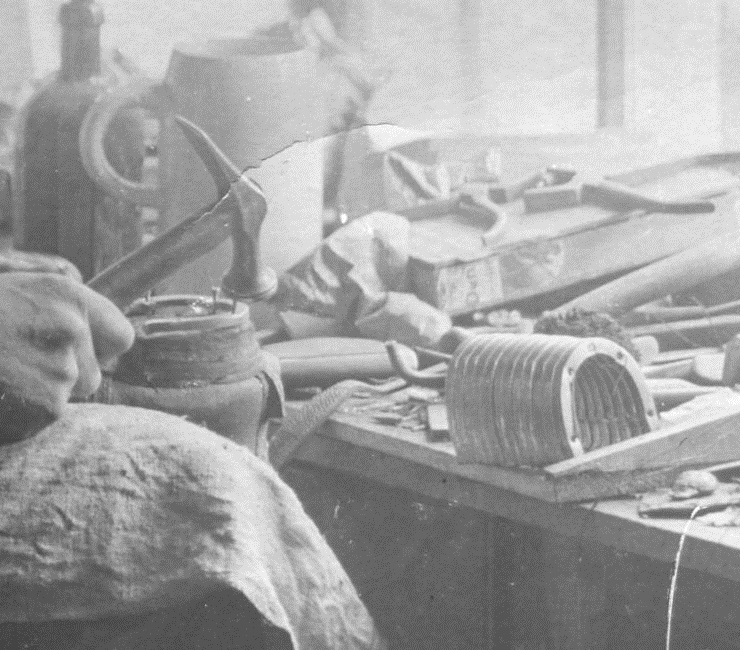 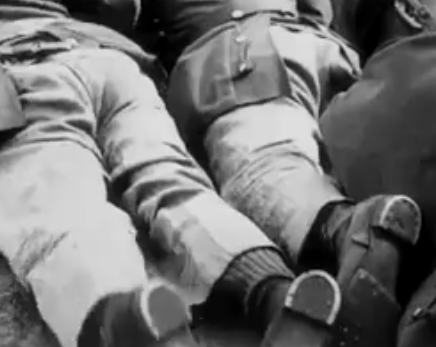 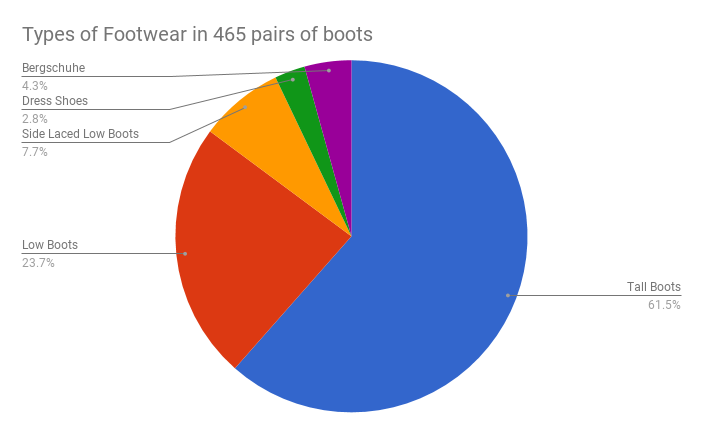 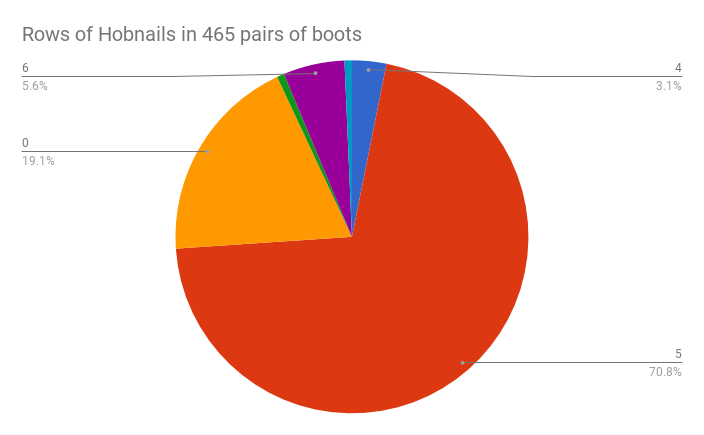 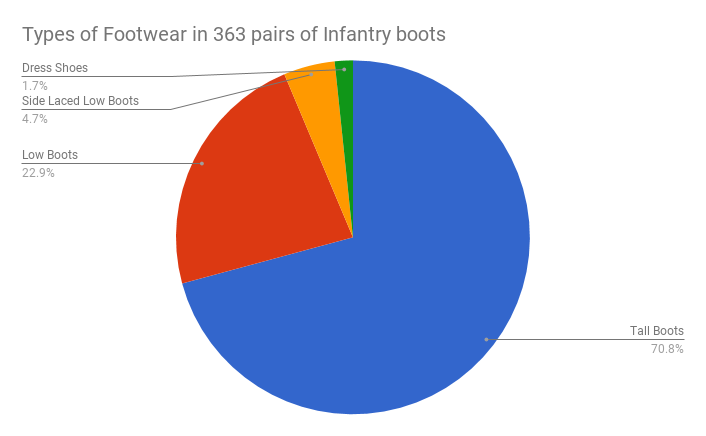 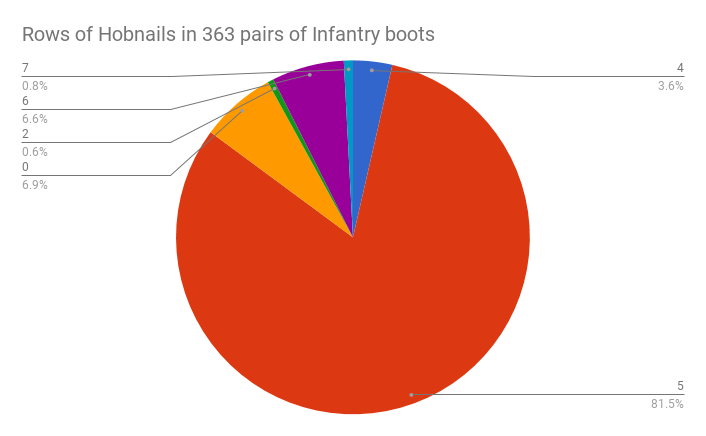 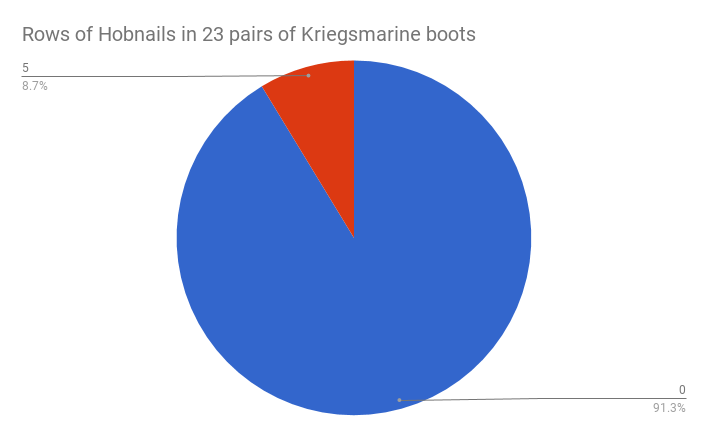 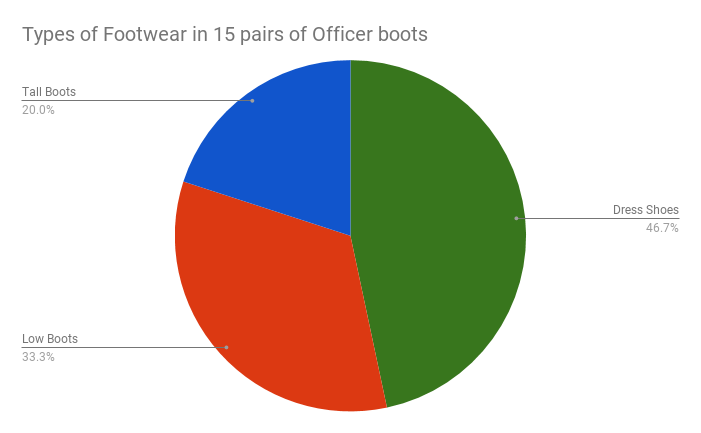 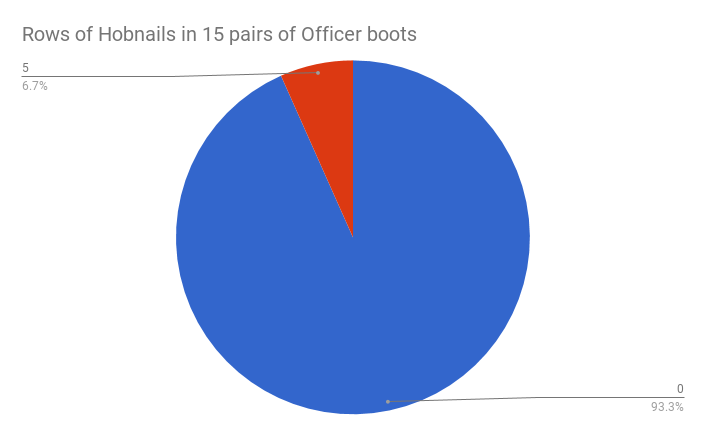 Row of Hobnails by Type: 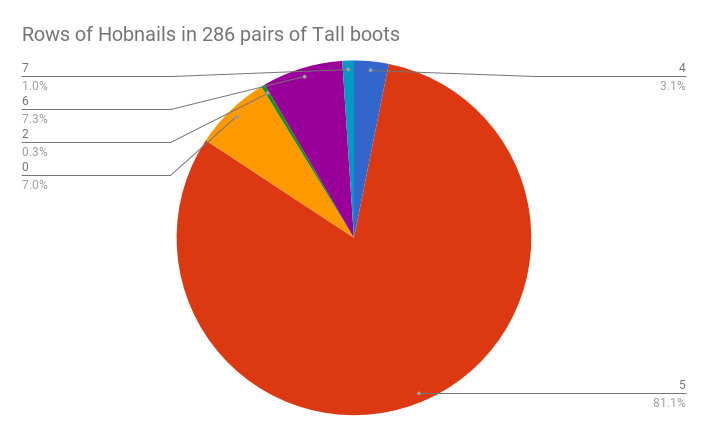 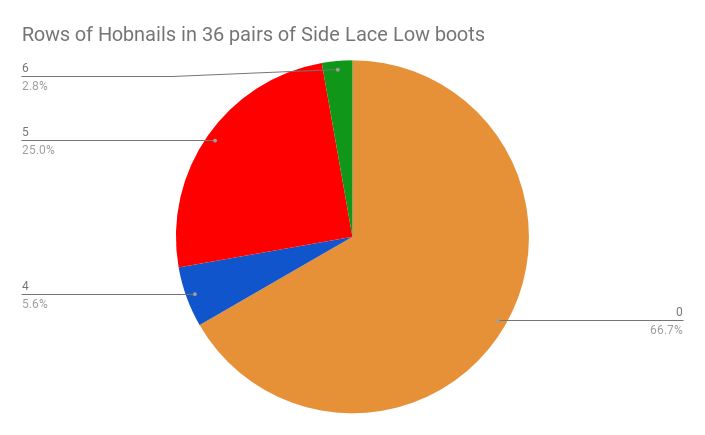 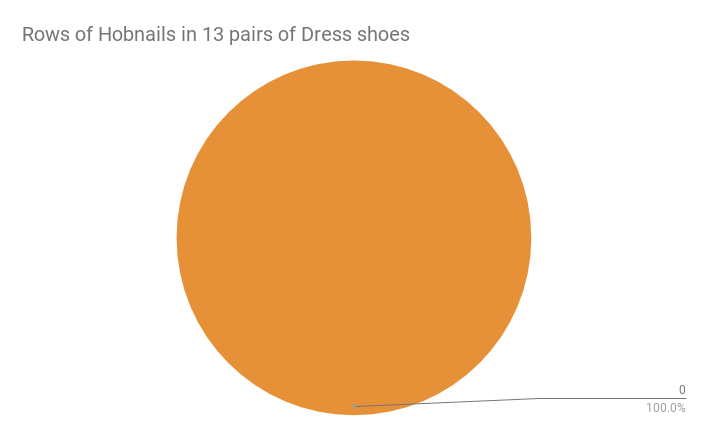